New villas for sale in Forte dei Marmi Tuscany. Rosa Dei Venti complex Forte dei Marmi is located in the suggestive location of Vittoria Apuana, in a green piece of ground of 32.000 square meters, only 500 meters from the beach. The construction permit contemplates nine large villas with own garden and swimming-pool. vendita ville forte dei marmi

Villas sale Forte dei Marmi Vittoria Apuana Tuscany properties The nine villas are distributed on a semicircle line with a central villa, , that blows in the direction of the other villas (named Libeccio, Ostro, Scirocco, , , , , ). 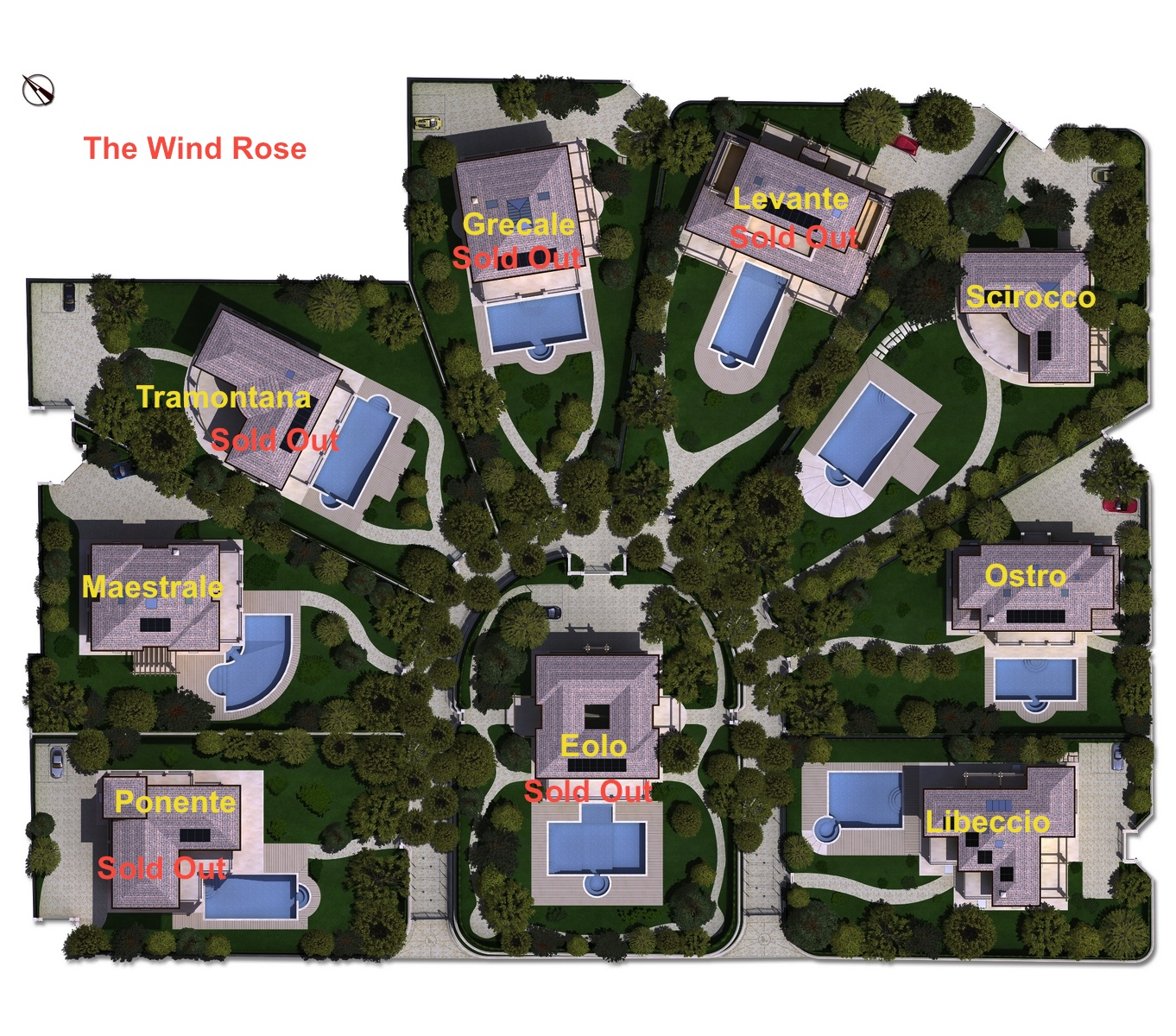 Vittoria Apuana is an historical part of Forte dei Marmi. It is highly appreciated for the wide green areas and for the numerous valuable villas and historical buildings such as Villa Bertelli, centre of almost every cultural activity in Forte dei Marmi. Villa Bertelli is already a place of numerous exhibitions, shows, concerts and meetings but upon completion of the open-theatre she is expected to become one of the most important cultural centre of the entire Tuscany. Next to Vittoria Apuana there’s a 18-hole golf course.

Common features to all nine villas

A great deal of effort was spent in the design of the interiors with large illuminated living rooms, well designed bedrooms with own restroom and a double entrance for a more functional use of the villa.

A great deal of effort was spent on the outer areas too, with large terraces, covered porticos, pompeiane, swimming-pool, whirlpool bath and pergola.

Due to the high value of the area, the nine villas are built with very high quality materials. Carrara marble, old-looking travertine, Vietri hand-worked ceramics are only some of the luxurious materials used in the construction.

A well designed security alarm system, placed on the garden perimeter and inside the villa, in conjunction with strong built doors, windows and gates will greatly enhance safety and liveability.